The Student Union’s official colours are silver and purple, and these can be seen on the student union flag and sash, for example.

AYY members can purchase the Student Union’s sash from the Otaniemi Services Office. The sash signifies academic cohesion and is used at celebrations. The colours of the sash, from top to bottom, are purple (PMS 248U) and silver. The ratio of colours is 5:2. The width of the sash is three centimetres.

All current and former members and employees of the Student Union are entitled to wear the sash. The Student Union’s sash is carried from the right shoulder down to the left hip. The sash is worn in the same way by women and men. The sash is always worn on top of all the clothes and should not touch bare skin. The sash can also be worn as a rosette, in which case it is worn on the right bodice of the dress. For a rosette, you need 0.50 metres of sash.

Making a bow out of the Student Union sash

On this page, you will find step-by-step instructions for making a bow out of the Student Union sash.

See the instructions for making a rosette here

The Teekkari sash used by the student union of the former Helsinki University of Technology is still going strong. The Teekkari sash is a 20-millimetre-wide technical-red sash equipped with two three-millimetre-wide white stripes. The stripes are parallel to the sash, one on each side at a one-millimetre distance of the edge. The sash is worn under the Student Union’s official sash at academic ceremonies as a symbol of belonging to the Teekkari community. The sash can be purchased at the Otaniemi service point.

Business students also use the old sash familiar from KY’s student union days. The colours of KY’s sash are orange and green, which symbolise wealth and growth. The sash is 30 millimetres wide and can be used either as a sash or a rosette. Similarly to the Teekkari sash, the KY sash is also worn under the Student Union’s official sash at academic ceremonies as a symbol of belonging to the community of business students. You can purchase the sash from KY’s Service Secretaries in Espilä or Töölö.

In addition to the above, various sashes are also used by, among others, student nations and many larger subject organisations. For example, Teknologföreningen, the Guild of Physics, Inkubio and Aalto Marketing Society have their own sashes signifying their membership. In addition, some guilds and associations only distribute a sash in connection with the badge of merit. This is the case with the Association of Process Engineering Students and the Guild of Mechanical Engineers, among others.

At the finest occasions of the Aalto community, such as annual balls, the sparkles of different coloured metals are often seen on the chests of festive garments. These badges and pins tell much about their wearer.

In festivities, it is very typical that Aalto members wear a badge or pin of one's own field of study or guild. In addition, nearly all of AYY’s volunteer sections and the committees have their own insignia, and a person who is familiar with these issues can tell at a glance whether the guest has acted as a treasurer, chairperson, a member Community Section Aava or the Party Committee under the Teekkari Section. The insignia is usually a pin, but some are worn on a necklace or strings around the neck, for example.

AYY’s Badge for All Members

The Student Union’s symbol is a silver triple whirl outlined by an equilateral purple triangle with silver edges. The symbol is correctly placed when the sharpest tip of the whirl in the middle points downwards. When worn as a badge, however, the symbol can face any direction.

Each current or former member of the Student Union and a current employee may wear the symbol as a badge with a height of 14 mm measured from the side of the triangle to the opposite tip. The silver, purple enamelled badge for members can be purchased from the Services Office for €10.

There are three different badge-shaped acknowledgements: the community badge, the badge of merit and the badge of honour.  The badges are silver and incorporated with gold and enamel. The AYY emblem is the central element of the badges, which are worn on the AYY sash.

Additionally, AYY has a special acknowledgement, the hero badge. The hero badge is an inscribed silver AYY emblem attached to an opal-white background. The hero badges can also be found on the wall of the AYY Office.

The badge of merit is awarded to a person who has been a long-standing and multifaceted operator at the Student Union.

The badge of honour is awarded to a person who has been a particularly long-standing, active and multifaceted operator for the good of the Student Union and has promoted the Student Union’s goals.

The hero badge is granted for an individual deed or project, or a series thereof, that has affected the Student Union or the lives of its members.

The badges of merit and honour have been designed by Harry Tensing and manufactured by Roman Tavast Ltd.  The hero badge was designed by Noora Laak.

In addition to the badges of merit and honour, AYY annually rewards the Aalto Athlete, the Learning Promotion Deed and the International Deed of the Year.

AYY’s badges of merit and honour 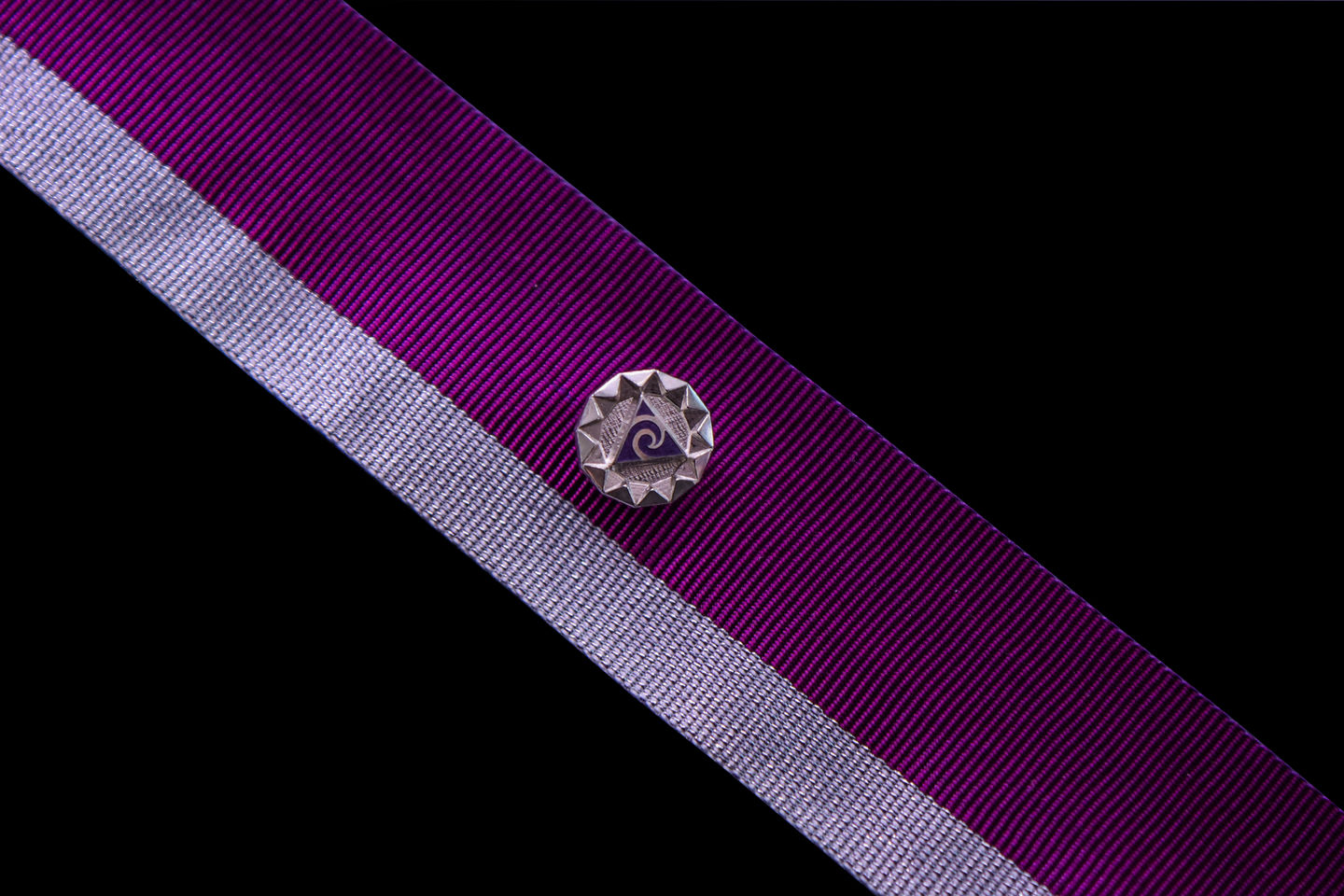 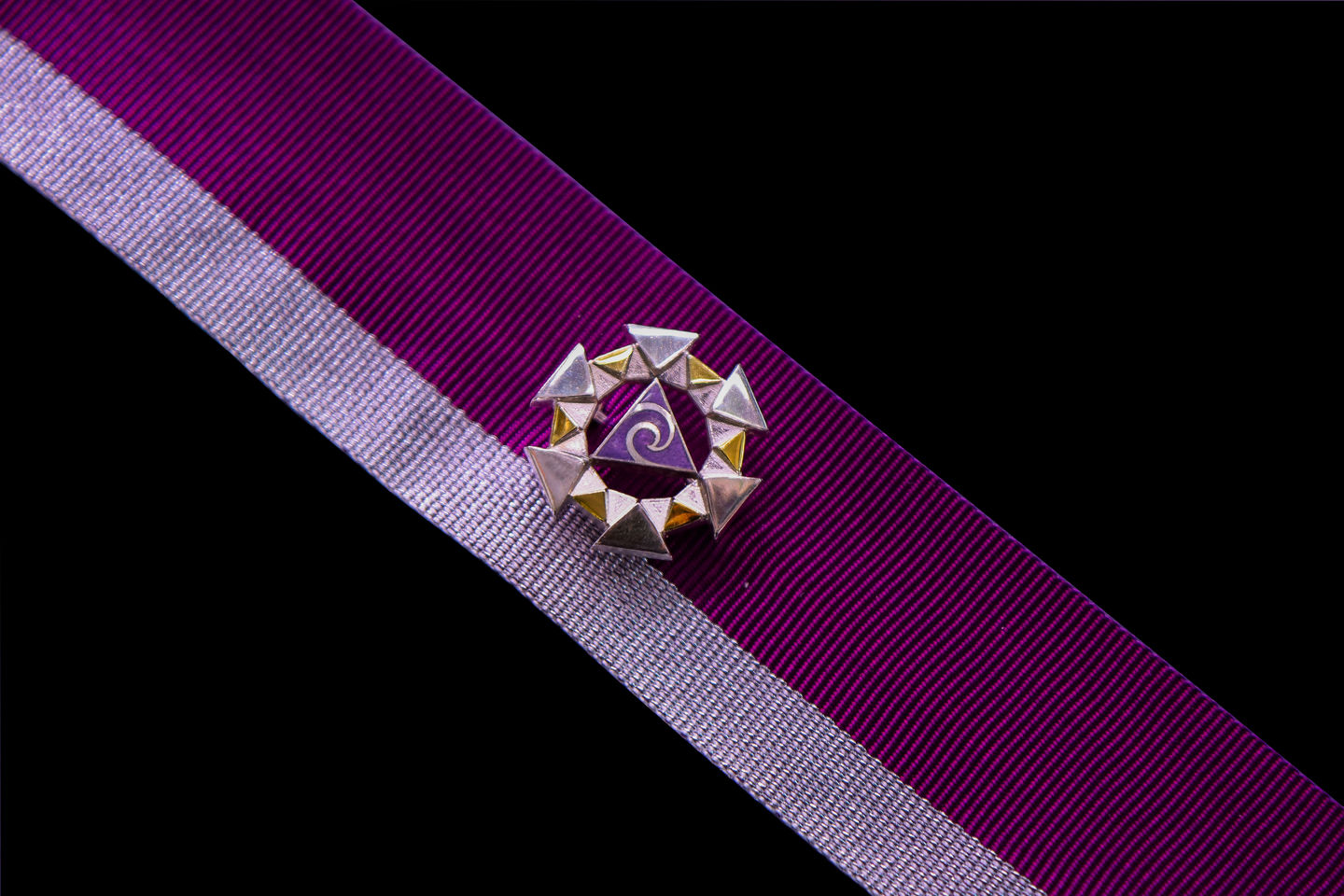 The badge of merit is awarded to a person who has worked in the various sectors of the Student Union for a long period of time. 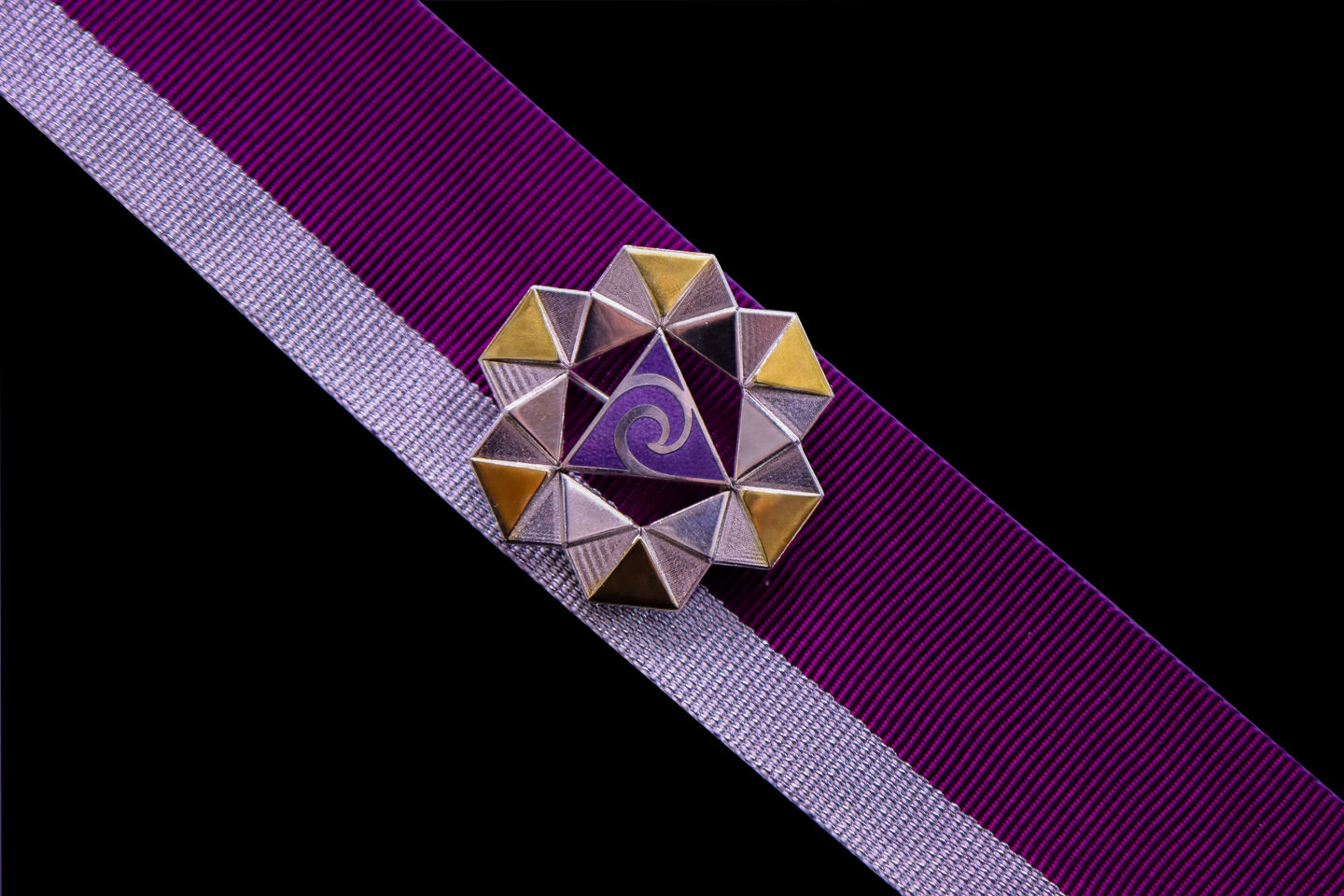 The Teekkari cap is an emblem of Technology students. The Teekkari cap is hexagonal and, in terms of its colour, resembles the student cap of Finnish high school graduates. The outside of the cap is white velvet, its rim is black velvet and its brim polished leather. There is a black tassel attached in the top middle of the cap that hangs over the cap’s right edge. The cockade of the Polyteekkari cap is the 19th century emblem of the Student Union of Helsinki University of Technology’s predecessor, Polyteknikkojen yhdistys [the Polytechnicians’ Association] which, combined with the cap’s hexagonal shape, tassel and technical-red lining, constitutes an official Teekkari cap. The cockade is a golden cogwheel half-surrounded by a sprig wreath, inside of which there is a pair of compasses, a hammer, a set square and inside callipers. Used as a cap emblem, its height varies between 15–24 millimetres. The cap with the current shape was introduced in 1893.

The right to wear a Teekkari cap during their freshman Wappu is granted to a Technology student who has accumulated the required number of freshman points. As they press the Polyteekkari cap on their head for the first time in the early hours of Wappu, the freshman becomes part of the history of over a hundred years that the cap represents. Hence, it should be kept in mind that the Polyteekkari cap does not entitle you to bad behaviour but signifies a merry gentlewoman and gentleman.

It is also possible for a student of the field to acquire a cap without accumulating freshman points. In this case, the cap can be received after the first study year’s Mother’s Day by visiting the Polyteekkari Museum and getting acquainted with the history represented by the cap.

Traditionally, Economy and Arts students wear the high school graduate cap, either with the original lyre or equipped with the emblems of their own field. Both the KY and the TOKYO cap emblems, i.e. cockades, stem from the 1900s. The cockade of TF, for its part, has seen the light of day in the 2000s. It is a popular practice to change the cockade in time for Wappu at the latest, providing a visual connection to the study field and community. Among Kylteris, in particular, wearing the student cap has become more common again after a small break, and especially various active operators can often be seen with the cap on from Wappu until the end of September, as per tradition.

The KY emblem was created by making small changes to a proposal submitted to a competition in 1913, which first manifested itself as a 24-millimetre-high golden membership emblem and ended up on the flag as well as the cap. The emblem is based on the caduceus (GRE kerykeion), the staff of Hermes, who is the god protecting trade and thieves. In addition to changing the cap emblem, it is also possible to replace the basic student cap’s lining with a green and orange one. Like other KY emblems, the cockade can be purchased from the Service Secretaries in Espilä.

The TOKYO emblem is the result of a design competition organised in 1962, and it was proceeded by an emblem featuring a spiral across a torso. The emblem created by Marjaana Murto is an arithmetic spiral turning three times whose line and gap are identical in width. As a cap emblem, it is made of gold or another metal similar to gold and has a height of approximately 15 millimetres.

The TF cap emblem, for its part, is a gold-plated cockade designed by two student nation members, Mya Rydman and Amanda Colliander, in 2014. Like the Swedish cap lyre, the cap emblem is 21 millimetres high, and it has the TF emblem carried by waves and surrounded by an open sprig wreath in the centre of it. The TF cockade is designed with especially Arts and Economy students in mind, but also those members who have received the student nation’s freshman education. In other words, the cockade is earned by accumulating freshman points, as is the case with the Teekkari cap. In connection with the TF Phuxivator exchanging the cap emblem, also the cap’s lining is replaced with a red and yellow one. You can ask your own Phuxivator for more information.

Associations’ Own Garments and Accessories

Many associations and clubs in the Aalto community have their own earmarked outfits from which the association can be identified. The range of different accessories and garments is huge, all the way from cloaks to lab coats and overalls resembling romper suits. The musicians of the Technology Orchestra Humpsvakar, for example, can be recognised by their jovial outfit known as “stass,” which consists of e.g. a bowler hat, a tailcoat with a personal logo on the back and a waistcoat sewn of Marimekko’s Rötti print fabric. The residents of the shared apartment community BY, for their part, wear overalls that are black on the back and white on the front, with the community’s logo emblazoned on the back.